It's true. Haydn and I failed miserably in RPI this week. Not with respect to the dishes we made - which, if I may say, have turned out to be one of the best RPI in recent history - but regarding the competition. With so much going on in our busy lives we forgot to rock, paper, scissor the crap outta each other and claim gluttonous victory over the other. 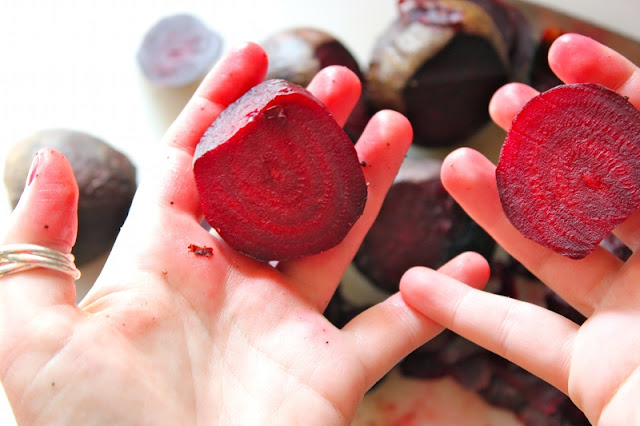 Meh, what ya gonna do? 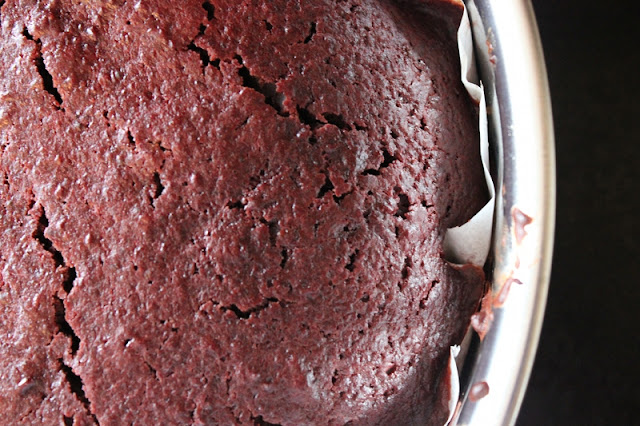 Instead I let him select an ingredient - of which he chose beets. 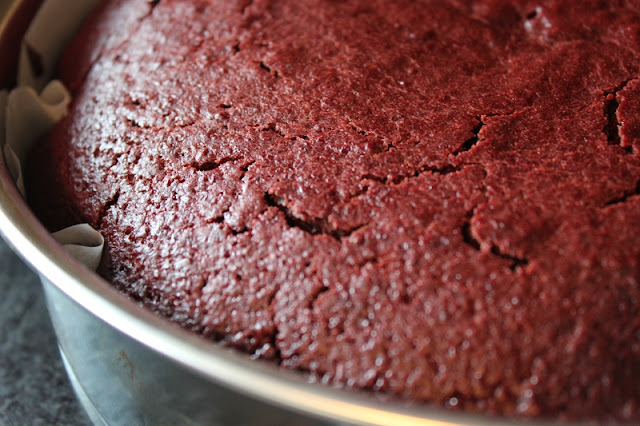 I love me some beets. Beets = good. Earthy. Sweet. With an elastic crunchy softness (does that make sense?)... 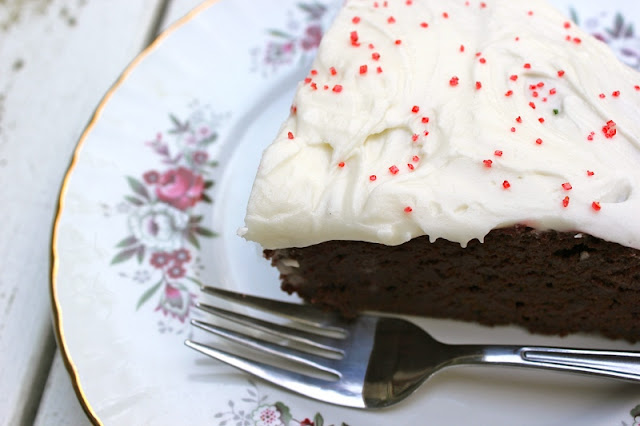 Having just done a guest post for Stacy @ Seattle Seedling titled I Need A "Beeting" (Please?) - aka Spring Beet Bruschetta - I didn't want to do another goat cheesy, balsamicy, beet filled dish. Because let's be honest with ourselves: goat cheese, balsamic vinegar, and beets are made for each other. In fact, I was tempted to make something similar to this or this. And can you blame me? Holla! 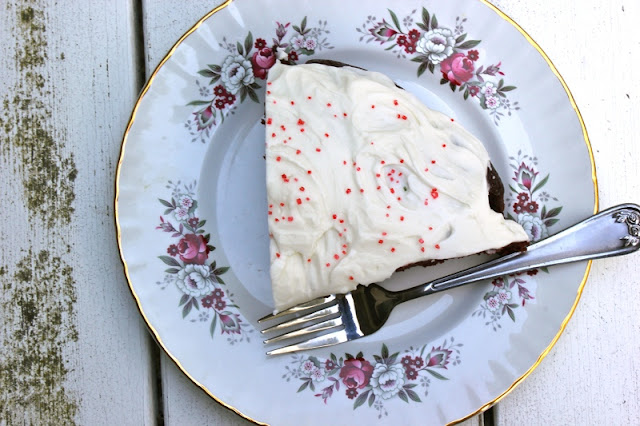 But no. I opted to live on the edge a little. Beets savory? Of course. Beets sweet? Um, yeah. Special thanks have to go to those who recommended I do so because beets in dessert = better than beets themselves. 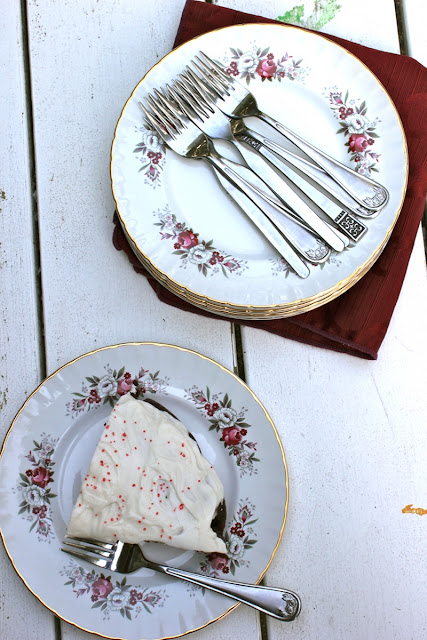 Anyone who knows me knows I'm not much of a baker - so fashion my own beet cake recipe? Unlikely to happen. Instead I borrowed Peggy's Recipe @ My Fiance Likes It So It Must Be Good. Peggy and I did a "golden beet off" a few months back and this is what she came up with. Peggy, I am so glad you are in cooking school. Not because you need to learn how to cook because this cake was divine, but because you need to cook more. Do it. Do. It. 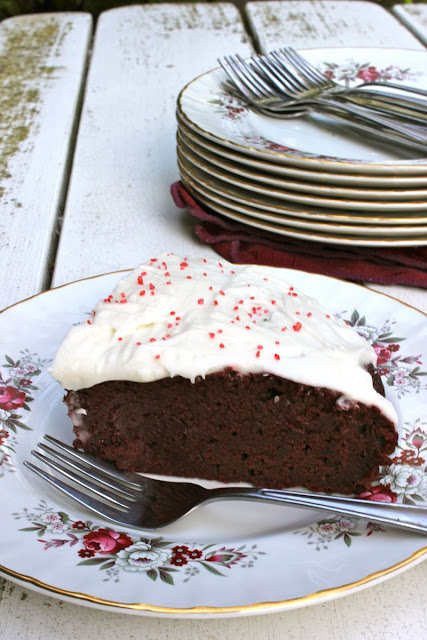 Seriously though, the cake ended up chocolatey, not too sweet, and was baker-challenged friendly. It ended up quite dense - almost like a brownie. And while I could taste the beets in the first few bites - and you should, it is after all, beet cake - the more I ate, the more I enjoyed it. I will be making this again in the near future and savoring every sweet bite. 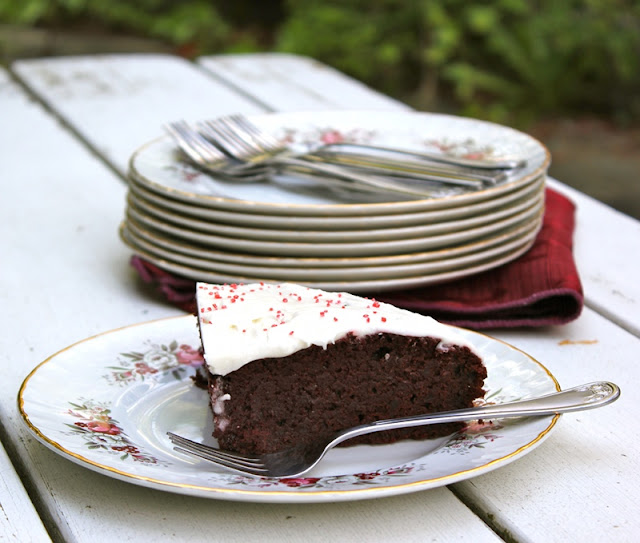 First things first, roast the beets. Pre-heat your oven to 400 degrees F. Place beets in a roasting pan with a couple glugs of olive oil and a good pinch of salt and pepper. Shake well to coat. Cover and roast in the oven 45-60 minutes until fork tender, depending on the size and age of the beets. Younger beets cook faster than older ones.

Remove from the oven, allow to cool to touch and then cut off their bums and peel off the skin. Place in a food processor and puree until mostly smooth. You want to end up with 1 and 1/2 C of puree. Set aside.

Change the oven setting to 350 F and cut out a piece of parchment paper large enough to come over the edges of a 9" spring form or cake pan. Lightly grease the paper with either butter or non-stick spray. Set aside.

In another bowl, whisk together the eggs, beet puree, canola oil and vanilla extract.

Make a well in the dry ingredients and gently pour beet mixture in the middle.  Mix until just combined. Make sure to get to the edges so you incorporate all the dry into the wet.

Pour into your prepared pan and bake for 45 minutes, or until cake tester comes out clean.

To make icing: Put confectioner's sugar, a couple Tbsp of milk, butter and vanilla in a large mixing bowl. Mix on low until combined. Slowly add a little milk at a time, mixing well between additions to ensure complete incorporation. Continue this method until the icing is of the consistency you want. Cover and place in the fridge until ready to frost. You will want to remove it from the fridge and have the icing come to room temperature before you ice the cake. I just let mine sit on the counter covered though because of the dairy in it some people may not want to do that. Fair enough.

Spread icing over the cake, top with sprinkles if using, cut and serve on your Grandmother's prettiest china. 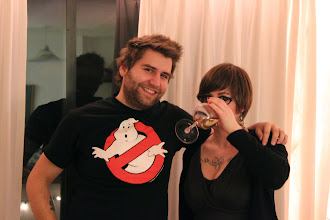